This animation is actually a couple of different approaches combined to give a very brief introduction to the operation of robotic gliders, before showing an example glider mission between Scotland and Iceland.   I’ve wanted to depict a more realistic glider flight for a while; the problem being that in order to show the nature of water structure you have to exaggerate the bathymetry by ~50 times.  This has the effect of compressing the glider’s horizontal motion to a series of very tight zigzags.

Here, I created a few pseudo profiles using real observations but with artificially set waypoints, which allowed a more realistic flight profile to be shown.

Accordingly, a glider simulation needs a glider.  Unfortunately I haven’t become sufficiently advanced in Paraview to import mesh shapes, so the glider shown here is a carefully constructed mish-mash of basic shapes available in Paraview: cones, cylinders and cuboids.  Its trajectory is supplied in vector form along with the data from a Matlab script, again adjusted for the exaggerated z axis.  The effect works quite well though there’s something funny going on with the shadow rendering on the cylinder – its light source is coming from somewhere different altogether!  A translucent textured sea surface was added to give a sense of depth.

For the true glider dataset, a spherical coordinate system was employed as a Scotland-Iceland transect covers a good deal of ground, and the taper towards the North pole is substantial.  The only way i’ve found to reliably do this is pre-processing in Matlab.  With some head-scatching and basic trigonometry, it’s possible to translate (lon,lat,depth) data into positions on a sphere in (x,y,z) space.  The convention I used was to set the Earth’s centre at (0,0,0), north in the z direction with a nominal diameter of 1.  Anything greater than 1 is above the sea surface, anything less than 1 is below.

The bathymetry and consequently the depth space occupied by the glider is exaggerated by 50.  Everything is normalised to the Earth’s new diameter of 1.  There is a very faint textured sphere representing the ‘sea surface’ in this animation too, but if I increase the opacity above ‘barely visible’ it distracts from the glider track. 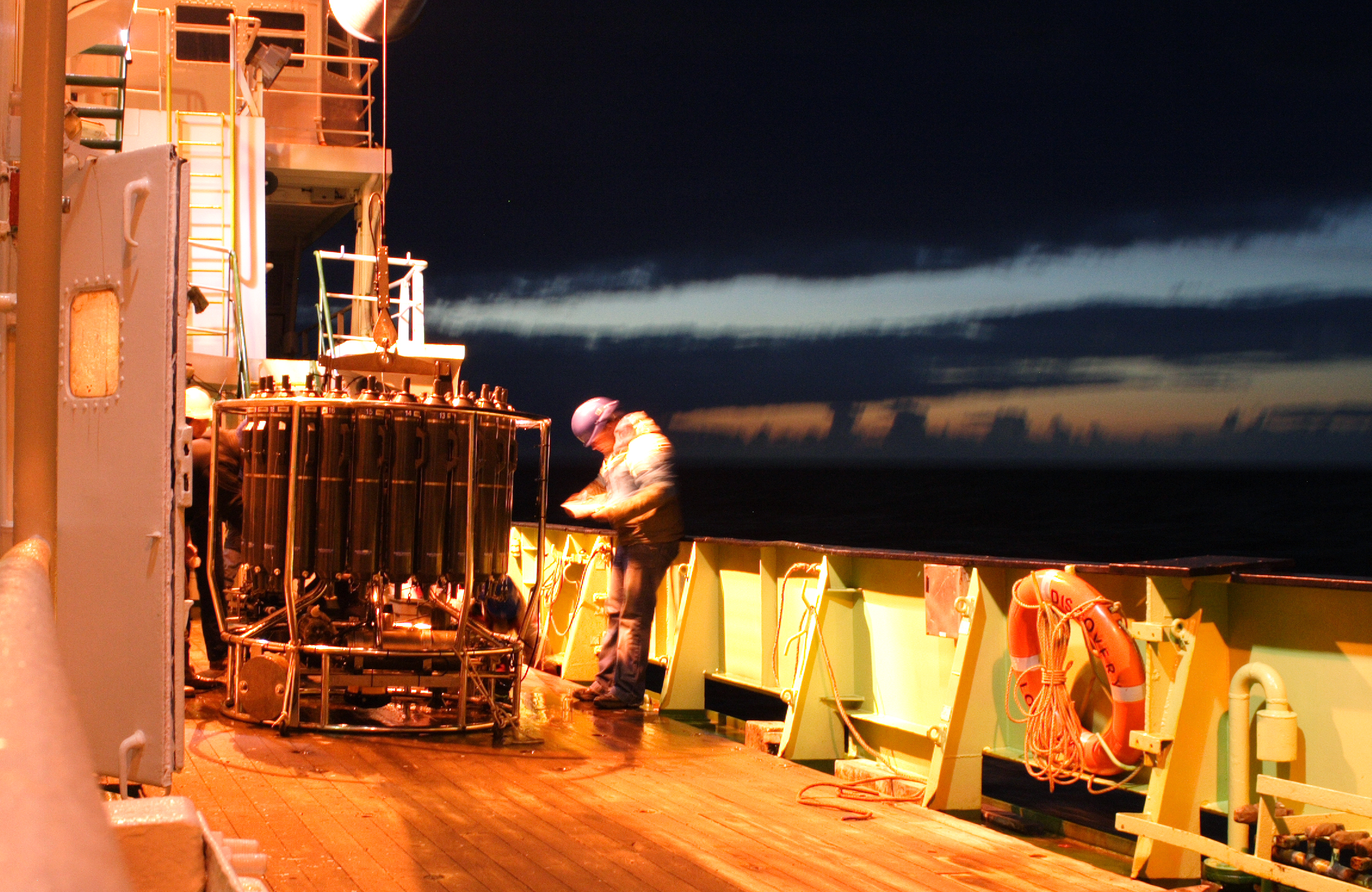