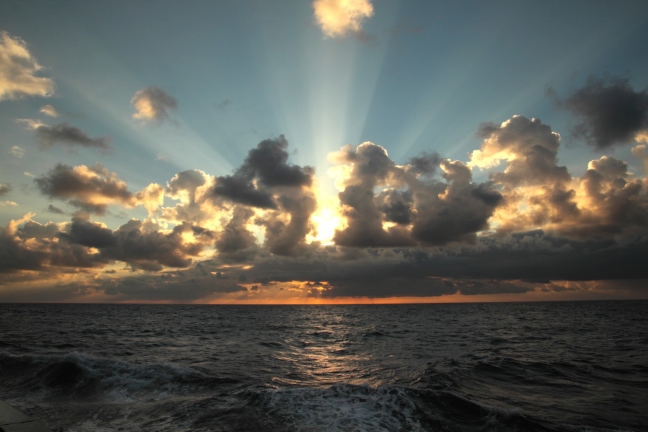 The ICES Working Group on Ocean ​​Hydrography (WGOH), of which I am a chair-invited member, has just published its annual report on North Atlantic ocean conditions in 2018.  The report comprises several dozen multi-year time series of ocean observations around the North Atlantic Basin, which together paint a coherent picture of the current status of the ocean climate:  https://www.ices.dk/news-and-events/news-archive/news/Pages/Ocean-climate-2019.aspx

In 2016, freshening of the upper ocean (0–1000m depth) was observed in the eastern subpolar North Atlantic. This decrease in salinity has since expanded northwards into the Nordic seas, influencing the Greenland Sea and northern Norwegian Sea to Fram Strait, as well as the southern reaches of the Barents Sea. Freshening is also observed spreading westward into the Irminger Sea and eastward into the North Sea.

Throughout the subpolar region, freshening is accompanied by moderate cooling at just a few sites, indicating that the large changes in salinity are dissociated from changes in temperature.

Freshening of central waters in the northeast Subtropical Gyre and intergyre region (Bay of Biscay, West Iberia, Gulf of Cadiz, and Canaries) was enhanced and extended deeper into the water column. In contrast to northern regions, temperatures here decreased in concert with freshening, thereby conserving water mass properties.

Coupled with atmospheric conditions, sea surface temperatures (SST) exhibited a tri-pole pattern, with warm conditions in both the subtropical and Nordic seas regions and cooler conditions in the subpolar region. A cold anomaly observed in the surface and upper ocean of the central subpolar North Atlantic intensified and expanded after weakening in 2017.

The Scotian and Northeast US shelves were warmer than normal, accompanied by notable freshening at several sites.

Extremely warm temperatures were observed near the surface in spring–summer across the Baltic Sea and the North Sea (> 1.5˚C than normal), with less pronounced warming observed from Biscay to Ireland (0.5–+1.0 ˚C).